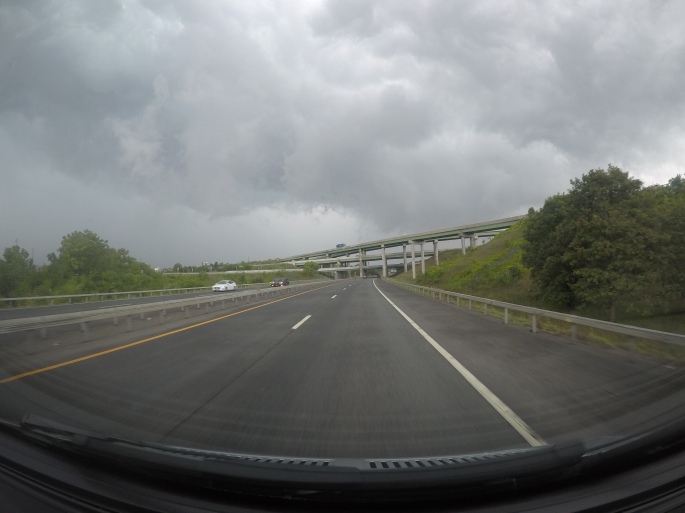 This might be one of your worst nightmares. You buy a brand new camper van, a Travato 59K. You load it up with all your clothes and fun stuff and head out for a road trip. The last thing you want to experience is a bad storm while out on the road… while on the interstate… going around New York City. With very high winds, tons of rain and to top it all off, HAIL!

But that’s just what happened to us as we were making our way to Vermont as part of our road trip from NC to Acadia National Park in Bar Harbor. At first you’re driving down the interstate and the sky darkens… like is that a tornado kind of dark. Then thoughts start going through your mind… should I try to get off the interstate and find a place to ride this out? But, you’re driving around NYC and the last thing you want to do is end up in uptown NYC in your 30-day old van… I mean it’s small for a camper but I wasn’t ready to take this thing into NYC traffic. 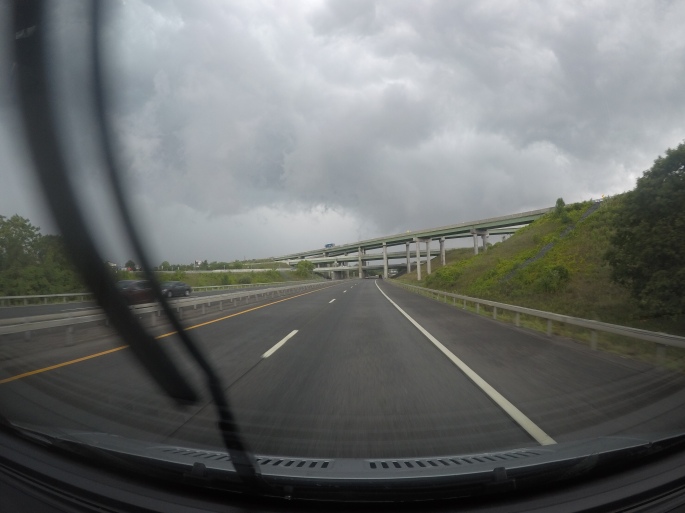 So we kept driving… then came the driving rain… sideways driving rain… with winds that felt like they were going to topple the van over since it is a little top heavy anyway. So I slowed down and pulled into the slow lane and started to panic… well just a little. Then the hail started and the panic ramped up to a 9 on the geez this is a freaking new van scale. Thoughts of dents all over it ran through my mind but we kept going… we had no choice. By this time visibility was maybe 1/4 of a mile at best and pulling over to the shoulder of the interstate didn’t seem safe. Folks were already just blowing by us as I drove in my best grandpa imitation possible, white knuckled, 10 and 2, sitting up really close to the window to maximize the 1/4 mile visibility.

When the hail kept coming we decided to take an exit and find a spot. As we were going down the ramp I noticed a tree overhang just off the shoulder and pulled under it to protect the solar panels. I thought, at least I can keep them from getting pummeled. I learned later that they are tough as nails but at the time that was what worried us the most. So we sat there… listening to the staccato sound of hail hitting our van… our brand new van. (Insert sad face)(Insert mad face). The tree seemed to be working but the wind continued to pick up and now we were fearful that the trees would lose limbs or blow over… so we moved to an open area just a few yards ahead and prepared to ride out the storm. 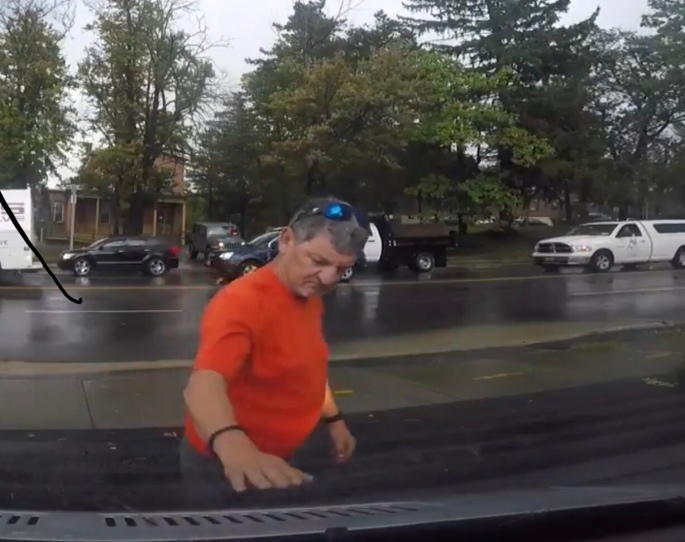 Fast forward 15 minutes and we were outside feeling for dents and checking the van for damage. And… there was none! Zippo! Zilch! YEAH! So did pulling off the interstate and finding the small cover of tree limbs help? Maybe. Did being stationary instead of driving 60mph into the hail help? Probably. What would I do differently? I guess nothing. Well maybe find an exit sooner. Or check the weather and try to drive around storms like this. As it turned out it was one of the worst thunderstorms there for as long as the locals could remember… with enough rain to literally blow the manhole covers off like frisbees. So all in all I think we were actually pretty lucky.

The video version of this ordeal is on our YouTube channel and you can watch it here.

This site uses Akismet to reduce spam. Learn how your comment data is processed.